The truth is that we often make losing weight way more complicated than it has to be. And, trying to make too many changes at once is often counterproductive. We exhaust our physical and mental energy with all of the trying. Then, we barely get results. Finally, wee get discouraged and stop. When we are ready to try again, we repeat the same process- sometimes with a stricter plan. It is like we just believe that we have to suffer for results even though it never works.

The secret to lasting results- uncommonly excellent follow through on a simple approach.

The truth is that the path to creating lasting results isn’t really appealing or exciting. It’s simple. We need uncommonly excellent follow through on a simple, sustainable approach. That’s it. End of blog post. OK. Not the end of the post. But, that truly is the end of the story regarding what we need to succeed. 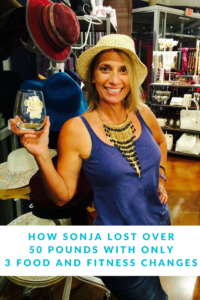 Let’s dive into a case study on my 1:1 coaching client, Sonja. She lost over 50 pounds after struggling for decades to lose a fraction of that amount. The part that is really amazing is that she only changed THREE things to get these results.

The Backstory: Sonja Before We Met

Sonja had struggled with her weight for most of her adult life. This struggle included brief periods of being relatively lean. The approach that had gotten her the best results included managing her calorie intake (creating a deficit) and exercising (more of a deficit). She didn’t have foods that were off limits and could even include alcohol as long as she accounted for the calories. She exercised often including working with a personal trainer a few times a week. At the time, she was single and working in the corporate world. The approach seemed to be a great one because she got results and could still maintain her lifestyle.

However, when Sonja’s life got busier, her approach wasn’t as feasible to sustain. She got married, relocated, opened her own very successful (and demanding) business, and… gained the weight back. It was at this point that she and I met.

The Backstory: When Sonja and I First Met

When Sonja and I started working out together (a decade ago), she went back to calorie tracking but with more of a focus on food quality. As a young trainer who was also a figure competitor (division of bodybuilding), I was eager to help her “eat clean”. So, we worked on replacing simple carbs with whole grains and paying attention to sauces and condiments-  “hidden calories”.

Sonja complied as much as she could because she wanted results. And, she did get results. However, there was a set point that we couldn’t seem to get below. That set point was well above her final goal. Her doctor at the time accused her of “closet eating” and basically encouraged her to just eat less. I wholeheartedly believed that she wasn’t closet eating. She wasn’t. However, we both underestimated how much of a toll her busy schedule and demanding business was taking on her results. And, since she was in good health by all standard medical tests, her doctor didn’t mention that either. Additionally, Sonja still struggled with social eating. Often, having a few fries from her husband’s plate ended up meaning splitting the whole order. And, at that time, even those types of deviations from her regimen often resulted in weight gain or extended plateaus.

The Backstory: Right Before It All Came Together

Some time passed between Sonja’s plateau and when we reunited to work together again. Even though she had been on and off of various exercise programs, she had gained weight. This time, she was at her heaviest and busiest. Her doctor had also warned her that she needed to address her increasing weight before it became a problem for her health. She had already began to experience some body aches and discomfort and she wanted to take control while she could

Fortunately, she was completely disinterested in following her old approach of managing calories. She knew that she needed a lifestyle change that would create sustainable results. She didn’t want to track or count calories. And, she was ready to address her social eating. It was the perfect time for a reunion I had been helping my clients create a lifestyle that made results inevitable for the last few years. 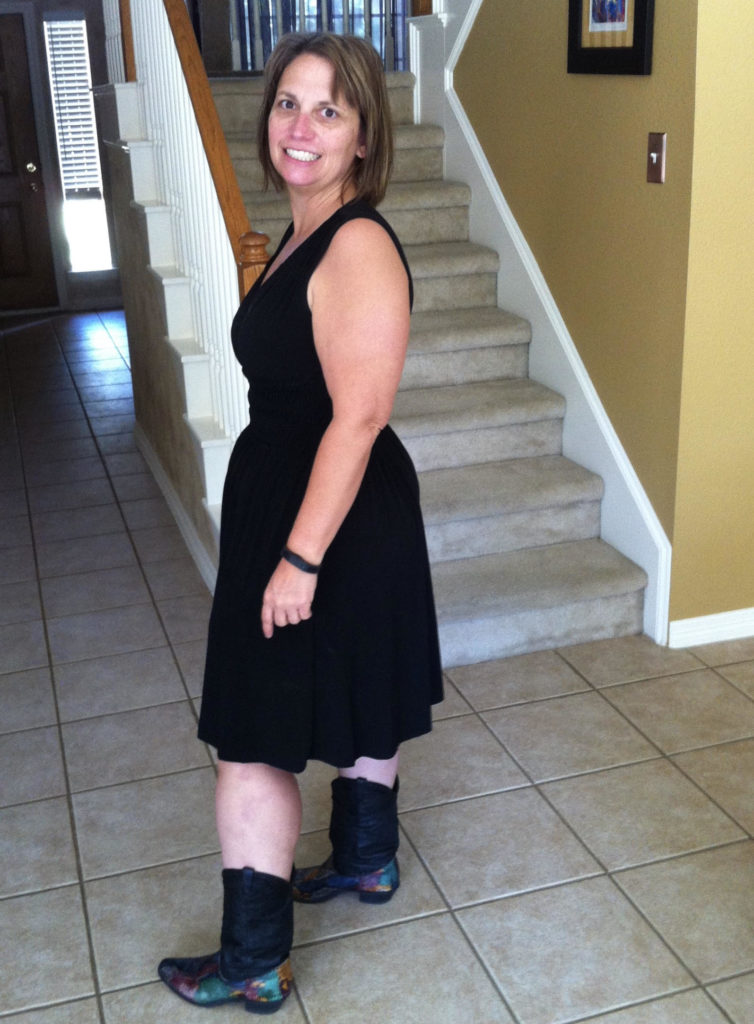 When we reconnected, we had a heart to heart about how her food choices (and belief about what she needed to be successful) were holding her back. We talked about the limitations of simply controlling calories or choosing whole grains over processed foods. We agreed that the way she would eat and exercise had to help optimize fat loss hormones. Creating a calorie deficit was not THE priority. With a full understanding that this was NOT going to be some silver bullet 8-week transformation, Sonja got started. Here’s what she changed.

Abandon traditional exercise and be more active each day.

Sonja was really eager to get back to formal exercise because she wanted results. However, we opted for more non-exercise activity instead. Getting back to formal exercise was going to make her sore and tired even with a ramp up approach. She was busy at work and needed to get active without compromising her energy or ability to physically function well. We implemented a weekly steps goal and slowly increased that number over time. 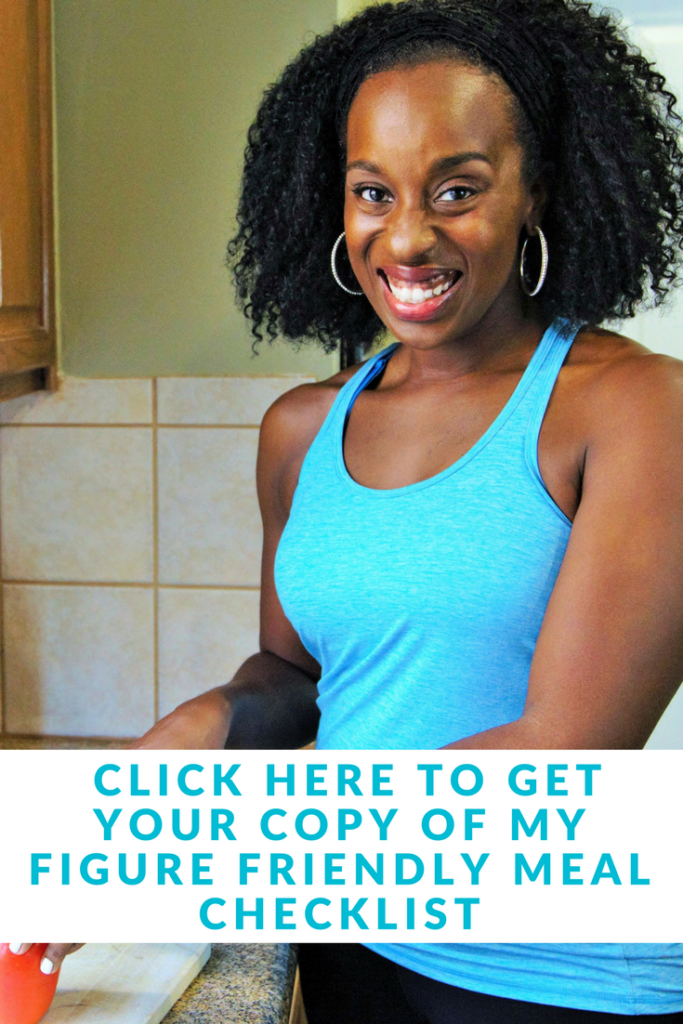 Sonja was an admittedly #TeamNoVeggies. However, she needed more fiber in her diet without increasing her starch intake. That meant she needed to eat some vegetables. The good news was that there were enough vegetables that she did like to give her a reasonable selection for each week. Improving her vegetable intake was really important for three reasons. It helped her feel satisfied with her meals without needing to eat a ton of starch. It helped her control her hunger between meals. And, it reduced her cravings for high starch snack food.

Experiment with how much starch she needed to feel energetic without compromising results.

Rather than randomly committing to a particular starch amount each day, Sonja experimented. Even though Sonja wasn’t a huge rice and potatoes girl, her go to snacks were traditional starchy carbs like popcorn. So, she immediately changed those snacks to ones that included protein and fiber. She also replaced starches that triggered her to eat more (like French fries) with ones that left her more satisfied. She didn’t cut out bread or anything like that. As a matter of fact, one of her staple meals was a breakfast burrito each morning.

So, I’m sure that these changes sound way too simple to really matter. But, the fact is that Sonja didn’t need her approach to feel like a job. She already had a job. She needed something simple and effective that she could do…FOREVER.

Over 50 pounds lost after almost a year of lifestyle change. 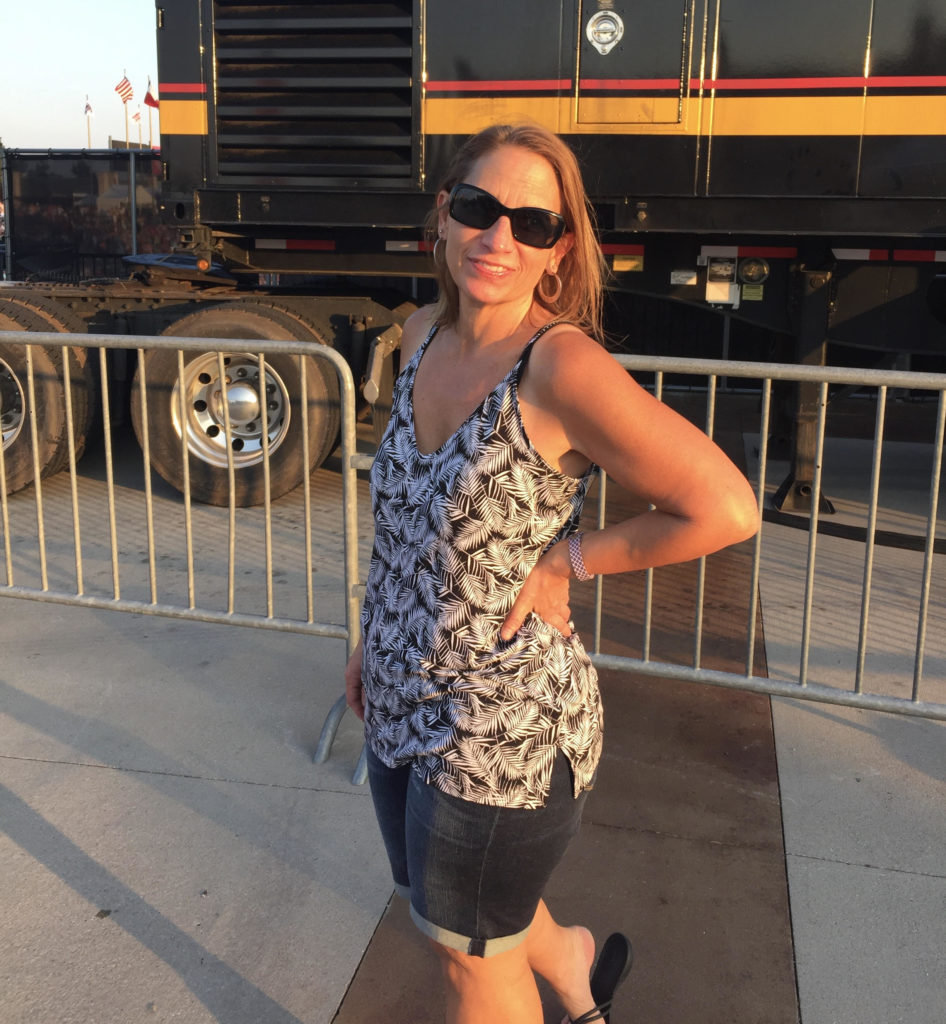 What’s even better is that a little over six months after that, she is still living this lifestyle while traveling and ramping up for the busy season in her business. This is how she looks more than six months after her program ended. 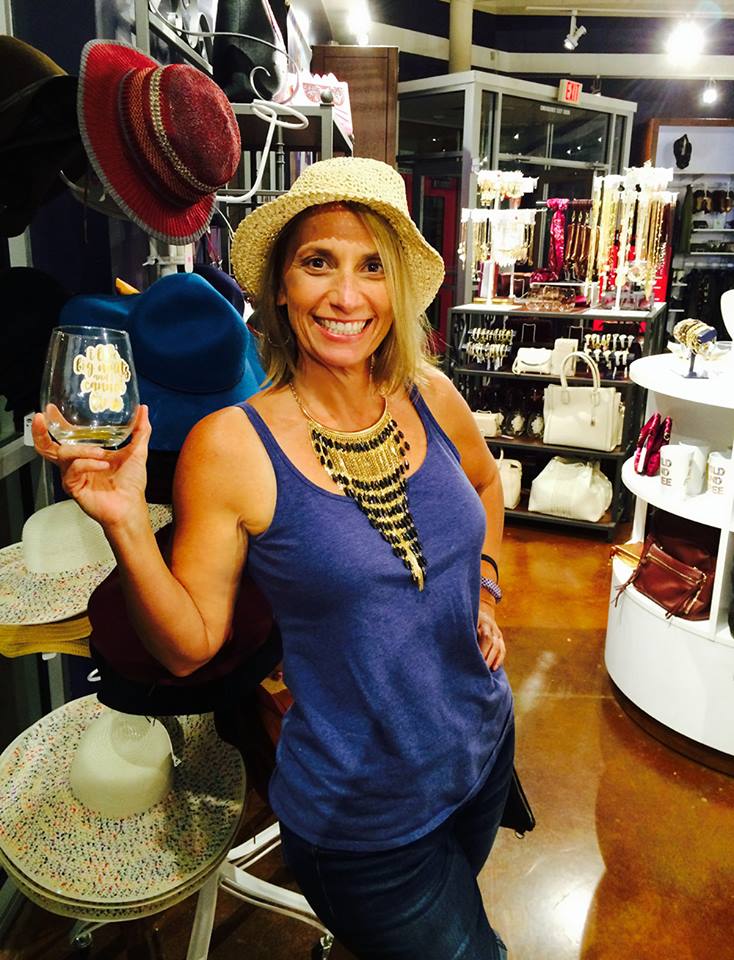 She has relaxed her eating a little bit and added more starches since she has started to incorporate weight lifting into her regimen. But, overall she is still living her lifestyle 60 pounds and a year and a half later.

While this case study mostly addresses the food and fitness changes that she made, the most important change was her outlook. Like many of us, Sonja had quite a few inner narratives that could have undermined her success. Identifying and replacing those narratives was a bigger part of the work that we did together. It didn’t take long for her to catch on to her daily step goals and food tweaks. However, the mindset part took longer.

There were three key narratives that Sonja changed that fueled her continued action- even when things got hard. Those beliefs were: she needed her husband to change his eating to make things easier for her, eating out was hard unless she picked the restaurant or studied the menu ahead of time, and she needed to “go hard” in the gym to get results.

A quote during her interview at the end of her program demonstrates that her inner transformation was just as amazing as the outward one. Watch this short video clip to hear what she said. I promise. It is exactly what everyone on this journey ultimately wants.

So there you have it, that’s how Sonja turned a lifelong struggle into what I believe will be a permanent success. 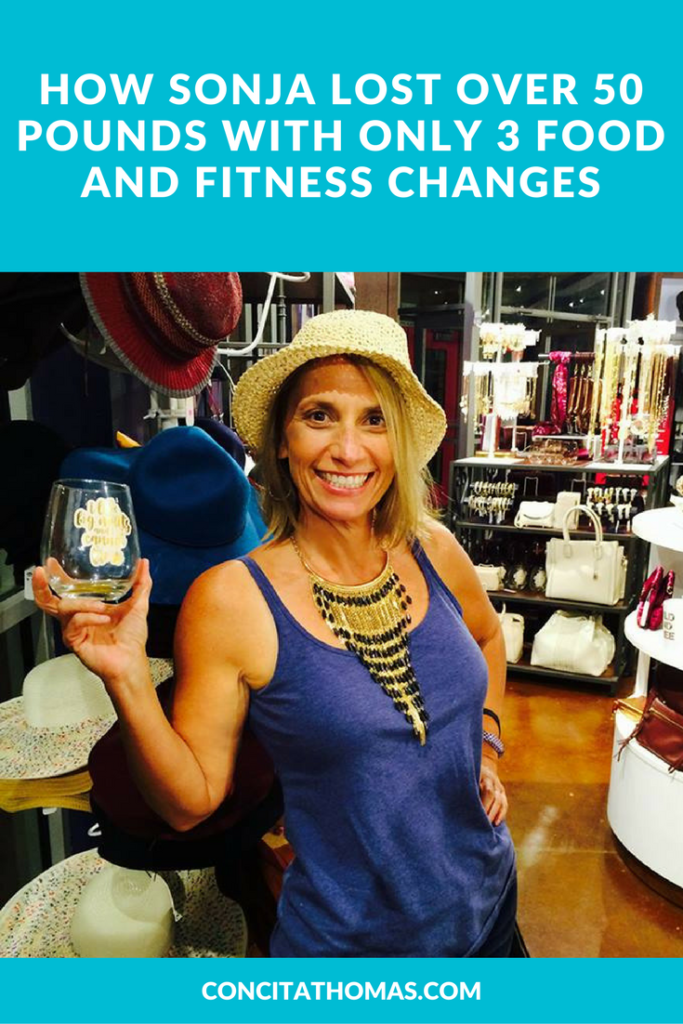 What do you think about all of this? Do you struggle with taking on too much and then fizzling out before you get results? Or, are you truly more committed when the approach is harder? Sound off in the comments below.

If you enjoyed this blog post and want more check out my latest offer by clicking the banner below. 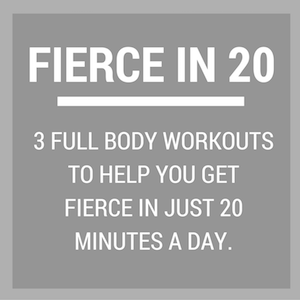 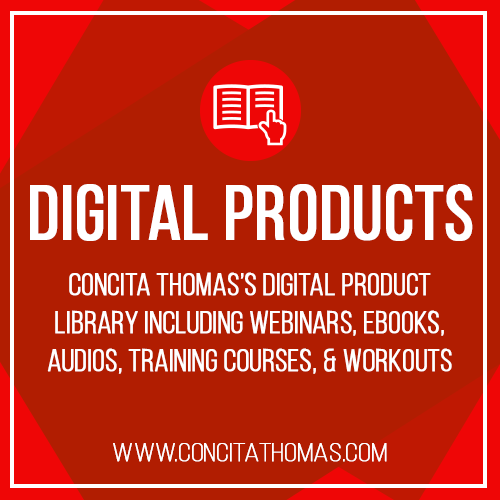 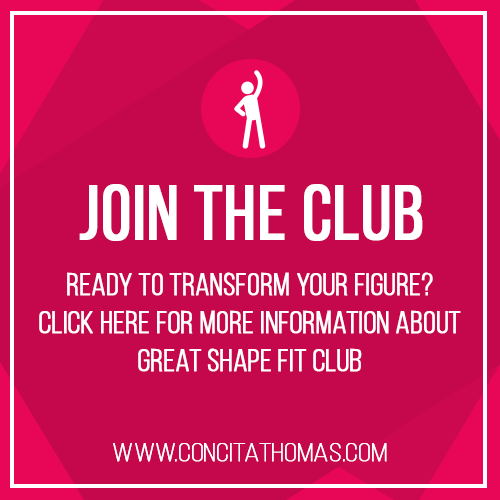 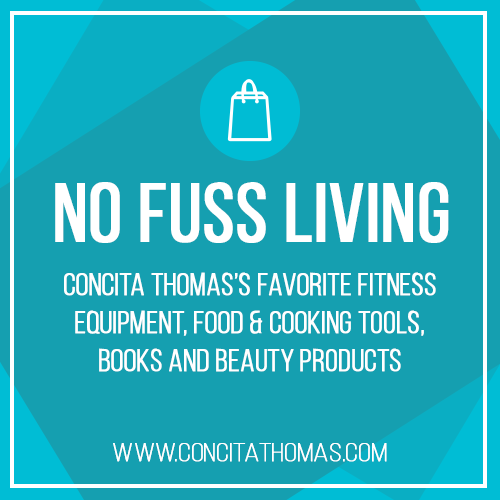 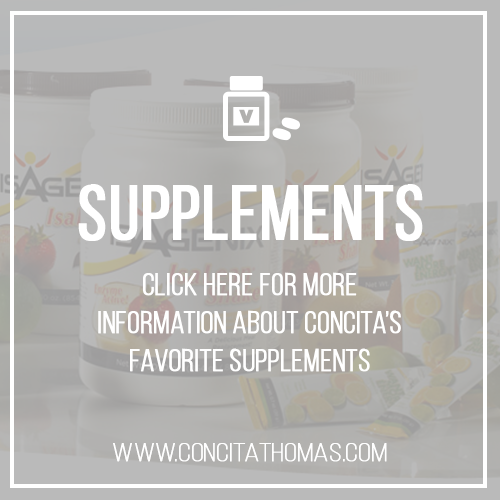 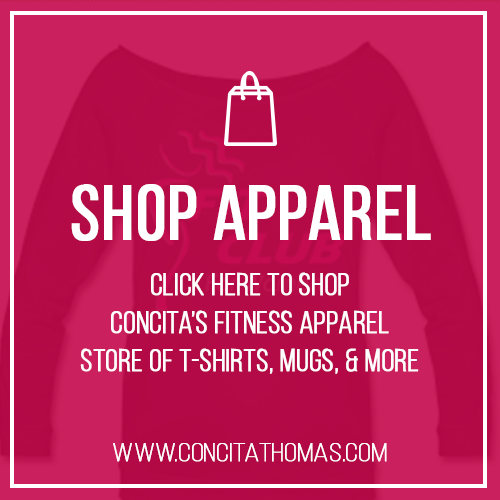